Well guys….if you’re reading this, I have successfully finished my fourth half marathon!

This one, however, was much different than the rest. (You can read more about my running journey here.)

Let’s backtrack: I had never run more than two miles when I signed up to run my first race, the EQT 10 miler, in November of 2014. I ran and ran and ran. I got faster and stronger. I fell in love with it. In May of last year (2015), I placed 3rd in my age group in the 5k race, and the next day finished my first ever half marathon under a 9:00 min/mile pace, a huge feat for me. I went on to run two more half marathons that year and countless other races. And then, I signed up to take on my first full 26.2 miles on May 1st, 2016.

Fast forward to January of this year. More fainting, loss of breath, and several doctor appointments and tests finally brought the news of my heart issues. Not even 6 weeks ago, I underwent surgery to have a pacemaker put in. This completely shattered my plans to compete in the Pittsburgh full marathon, and indefinitely set me back on my progress with a sport I’d come to love and respect so much.

But if it’s one thing that running has taught me, it is the ability to push yourself not only physically, but mentally. Anyone who knows me well can tell you that I am stubborn. That I set goals. That I am hard on myself.

So it wasn’t really a shock to them that although I couldn’t run the full marathon, I would try to tackle the half. And with less than four weeks to train, I did just that.

Regardless, the race day nerves were there Sunday morning as I got ready.  I peed approximately 27 times before entering my corral, and then once more before the gun went off. I started off strong. It was raining, but the cooler air felt good. I tried to feed off the energy from the volunteers and spectators, but I didn’t feel the same excitement this year. I won’t lie, I knew this was going to be a tough one and I just wanted the race to be over with. My Garmin watch didn’t pick up signal until closer to the 2 mile mark, so I was already off to an interesting start. I tried to calculate my time/distance in my head but eventually just gave up. Just finish, I reminded myself. That’s what you’re here to do. Coming to mile 5, I saw a familiar face out of the corner of my eye. It was my friend Haley, who was just as shocked to see me! I wasn’t sure if our paces were going to line up, but we ended up running the remainder of the race together. This ended up being one of the major reasons I was able to finish when and how I did. The rain had stopped, and now it was muggy. Around mile 8, my legs were beginning to throb and a dull ache grew in my knees. My chest felt tight and breaths were getting harder and harder to come by. I knew I had gone a little too fast in the beginning, and I was starting to pay for that now. Or was it from my pacemaker? Everyone had told me to stop and walk if I didn’t feel good, but I refused. (Stubborn as ever, remember?) 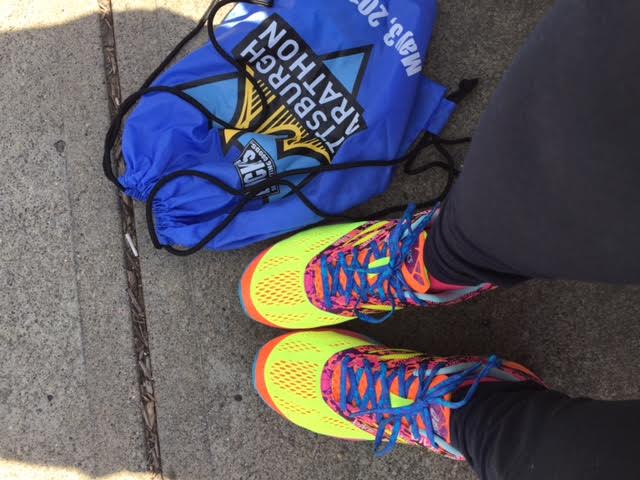 All of my long training runs since my pacemaker surgery had been slower 10-11 minute miles, which was hard for me to accept, but I was currently at a 9:30 pace. Keep going!! I told myself. I ignored the pain and pushed on, the miles melting together. Haley and I had talked for the last three miles, but we both were (literally) running short of breath and had an understood silence between us as we kept pounding pavement. It was such a relief to have her beside me. I just kept telling myself to keep going, stay with her, finish strong together. We were now around a 10:30 min/mile. I was slowing down and I knew it. My legs wanted to give up almost as bad as my mind did. We headed slightly downhill into Station Square and saw a woman getting taken away by the medical staff. I looked away and tried not to think about how that was the third person I saw strapped to a stretcher. I remembered this part on East Carson St. far too well- this was the most difficult part of the course for me last year. I still can’t figure out why, when there’s the gradual incline of the bridges, the hills, etc. Southside had the FLATTEST part of the course, yet here I was again, dragging ass through fluid stations, pouring water over my head and just wanting to die. This straight stretch lasts forever, and the task of putting one foot in front of the other seemed so daunting. I knew we were finally in the double digits at mile 10, but the finish line was a lifetime away. Another bridge and two hills were still waiting for us. My Garmin flashed an 11:20 pace and my heart sank. Although my goal was to finish, I was secretly hoping to get under a 10 min/mile pace. Realizing that there was no way I was going to get that, I focused on just reaching the finish line. I was so close, I could do this.

That final ascent is such an AWFUL beast. I poured more water over my head, trying to catch the droplets in my mouth. I needed electrolytes, so I grabbed Gatorade too. We ran through a fire hydrant that had been turned into a sprinkler. “This is the last hill, you got this!” cheered onlookers. Almost. There.

I have loved, and will always love, that moment when I can hear the announcers, the music, and see the crowds of people getting thicker as I approach the final leg of the course. There it was, the golden archway, the finish line. I took a deep breath and gave it everything I had, sprinting to the end. I heard my boyfriend scream, “Go Kara!” and I pushed harder. I couldn’t even feel what my body was doing.  As soon as I crossed, I slowed to a walk and turned for Haley. When I was able to reach her, we collapsed into a hug and I couldn’t hold back my emotions anymore. I thanked her profusely, because I wasn’t sure if I could have done it alone. I put a hand to my chest and felt my scar. I overcame so much more than 13.1 miles. And I was damn proud of this fight.

Who run the world? GIRLS.

It wasn’t until I made it through the crowds and reunited with JJ that I found out my pace. I came in at 9:47/mile- I still made my goal of under a 10 minute pace!

Was it much slower than last year? Yes. Did I want to stop? Absolutely. Did I (maybe) cry? Yep.

But am I going home with a sense of accomplishment in my heart and a medal around my neck? You bet.

NEVER let anything hold you back. And remember, not all scars are visible. We’re all fighting something, and we’re not alone in it.

6 thoughts on “A Change of Pace” 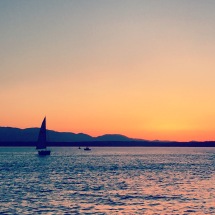 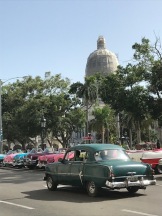 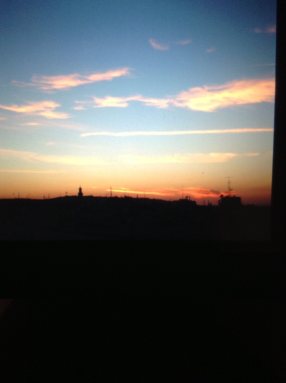 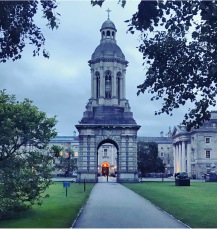 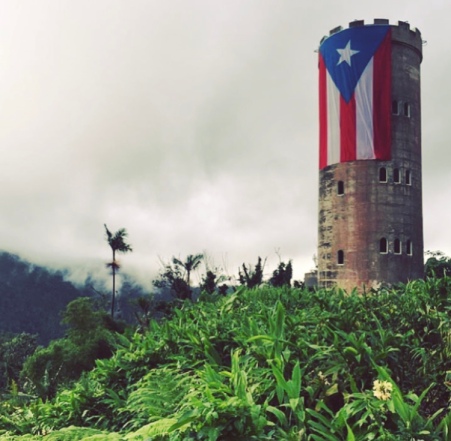 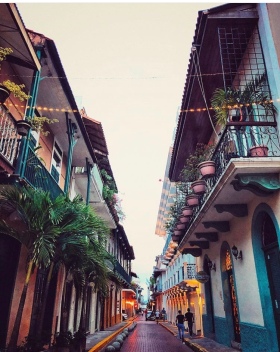 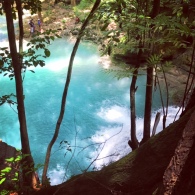 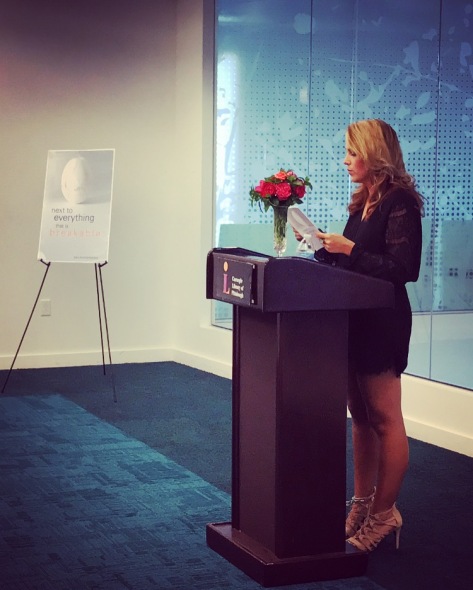 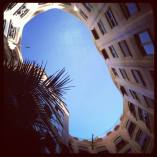 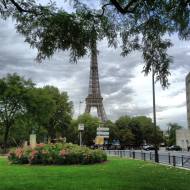 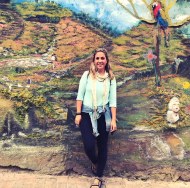 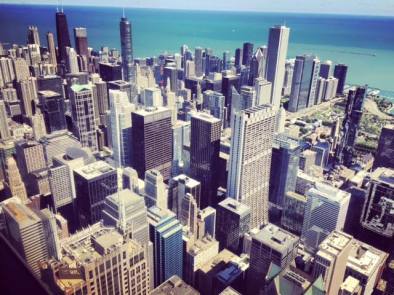 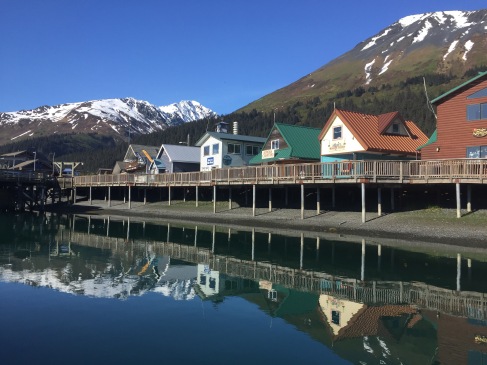 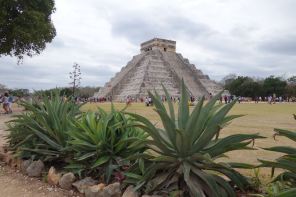 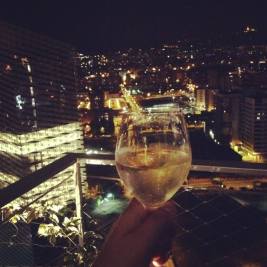